Changing the world from Bangalore 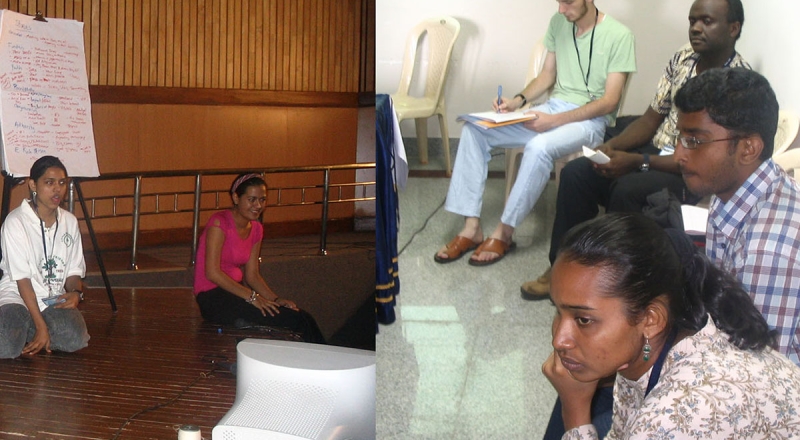 Young people can change the world

The group discussion was getting intense, like a sprint hurtling to the finish line. On my right was a lanky participant from Eastern Europe. He had a serious face but friendly presence. On my left was a bespectacled young man from Sri Lanka, decked in a tucked-in checked shirt. To his left was my new friend Harshini, also from Sri Lanka. She had a warm smile and a bubbly spirit. She was wearing a loose floral dress that enhanced her easy-going nature.

Then there was me, a young man in his twenties sitting at the pinnacle of youth leadership at the United Nations Environment Programme. I was donning an ankara top that I had bought in Mauritius a few months earlier. My afro hair was sitting proudly on my head, hiding the fact that for half the time, my mind was with Puja. I had met her two days earlier during the official opening of the 2005 Tunza International Youth Conference that was being held from 4 - 10 October in Bangalore. She was in charge of street children dancers who entertained the hundreds of youth delegates at the opening ceremony. 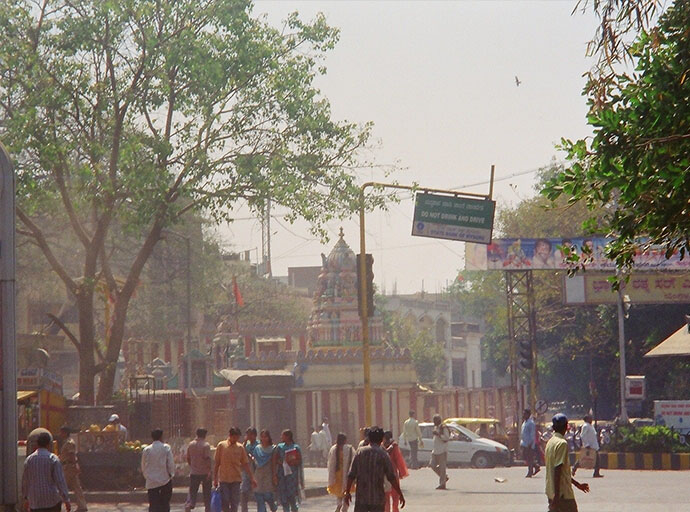 A bonfire is borne from the unity of several firewood

After the event, I pushed my way through the crowd of fellow youth until I came face to face with her just outside the entrance of the large hall.

“Congratulations on the amazing dance!” I was all smile, speaking in a warm, cordial tone as if we were long lost friends reuniting.

It was friendship at first sight. I was loving Bangalore, the capital of India's southern Karnataka State.

Two days earlier when we landed in Bangalore, I was wide eyed with excitement.It was my first time in India and I was itching to see the entire place, as if it was a small town and not an entire sub-continent. The land of Mahatma Gandhi. The man who told us to be the change we wanted to see. The land of spicy food. We were accorded VIP treatment at the airport since we were the UN team. Together with us was Eric Falt, the then Director of UNEP’s Division of Communications and Public Information. Also on our contingent was Theo Oben, the Head of UNEP’s Children and Youth Unit. The jovial Joyce Sang, His colleague in that Unit, was also with us.

As the luxury van ferrying us from the airport sped into the streets of Bangalore, I became a little boy again, as I always do whenever I travel to a new place. My eyes remained glued outside as I devoured all the brand new sights before me. An elderly man jogging. A couple laughing as they pointed at something behind them. Mannequins standing guard outside boutiques.

All these sights flashed through my mind once again as a fellow youth from Kenya gave a presentation in the group discussions. She was wearing a white T-shirt whose front bore the inscription - Women AIDS Run. I loved her shoulder-length dreadlocks and made a mental note to ask her how long it had taken her to grow them.

My mind came back fully to the conference hall when Luis Betanzos raised his hand and began speaking in that Spanish accented English that Anglophones love.

I had met Juan when I traveled to Lima, Peru a few months earlier, for the Global Environment Outlook for Youth, Latin America meeting. He had a quiet presence that cajoled you to listen to what he was saying. Most of the time, he would be speaking about Latin America’s youth and environment, two of his passions. He was working in UNEP’s Latin America office.

A few minutes later, we had to conclude the group discussion and troop to a larger discussion that was being held in the main hall. I made sure that I sat in the last row so that I could sneak out if I got bored. Luckily, that prospect disappeared because there was a young lady at the front giving a powerful presentation.

The earnest look on her face was complemented by her equally earnest pink jacket. She said that she was from South Korea and was studying environmental science at university. She was speaking about the need to work hand in hand with volunteers. I liked that, because when I turned 21 a few years earlier, I had joined Kenya Voluntary Development Association as a volunteer and risen through the ranks to become its Chairman, the youngest ever in its history.

Seated on the wooden floor a few feet away from the South Korean lady, was a young Indian lady. All through the presentation, her eyes remained animated, almost as if she was ‘in spirit.’ There was a massive green tree at the front of her white top. Also seated on the floor, a few feet away from the young Indian lady was a young Mexican lady who looked very familiar although I couldn’t place where I had seen her.

As I walked out of the conference hall one hour later, I was still asking myself where exactly I had seen that young Mexican lady.