“I want the world to see that Africa is equal to everybody. Africa is not behind when it comes to talent. They have the talent to win any tournament but their best players are scattered around the world playing for other countries instead of their homelands.” Jose Mourinho

That ball rocketed into the air with urgent ferocity. It lingered there for a few moments before gravity pushed it back to the ground. Two muscular men leapt into the air aiming to redirect it to the waiting legs of their team mates. One of them, a Senegalese, got to the ball first. He headed it towards a team mate to his right. The ball landed at the feet of this team mate. He gazed at it affectionately as he gave it a forceful kick and ran after it. The Senegal-Qatar World Cup game was fully underway.

There were seven men in Qatar’s penalty box. Four of them, clad in red jersey’s, were Qatari. The other three, clad in white jerseys, were Senegalese. One of these Senegalese was Boulaye Dia, a French-born striker whose twenty-sixth birthday was just a few days away. 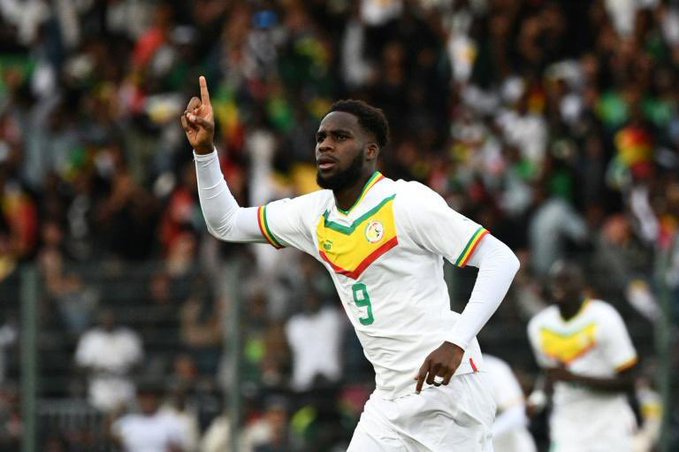 Boulaye Dia. He lifted the spirits of millions of Africans.

Krépin Diatta, the 23-year old Senegalese player struck the ball with the force of a restless bull. It whizzed past Boulaye Dia and ricocheted to the feet of Qatar’s defender Boualem Khoukhi.

Dia swiveled and kept his eye on the ball. His eagle-eyed gaze instantly noticed the Qatar defender’s feeble clearance of the ball as he stumbled backwards. It rolled a few inches to the left, straight into Dia’s path. At that moment that he saw the ball, a dozen images flashed through his mind. He saw the countless times the ball had presented itself to his legs in the opponent’s penalty box; he recalled the many times he had smashed this ball straight into the opponent’s goal; he remembered the times when that ball had hit the net as scored a goal. This had happened many times in his Italian Serie A club Salernitana, where he was on loan from La Liga club Villarreal.

Most of all, he saw Senegal’s millions of people, together with millions more Africans, who were still waiting anxiously for a sub-Saharan African team to win at this World Cup. All this thoughts coalesced into the mighty force with which he struck the ball that the Qatari defender had been unable to clear. The ball flashed past 24-year old Meshaal Aissa Barsham, Qatar’s goalkeeper, into the net’s right hand corner. Senegal had just scored their first goal in the 2022 world cup.

These three goals sent millions of Africans into delirium. One of these Africans was yours truly. I watched the three goals on my Lenovo laptop, from my beloved raffia sofa. I punched the air as I screamed, ‘yes!’ before calling my brother Jay Mow, my lifelong football partner. The two of us joined millions of fellow Africans and Senegal fans in cheering Senegal, one of the only three African teams to make it to the World Cup’s Quarter Final in 2002. The other two are Cameroon in 1990 and Ghana in 2010.

Back in 1977, Pele, the greatest footballer ever declared that an African nation would win the World Cup before the year 2000. That never happened. But I pray it happens in Pele’s lifetime.